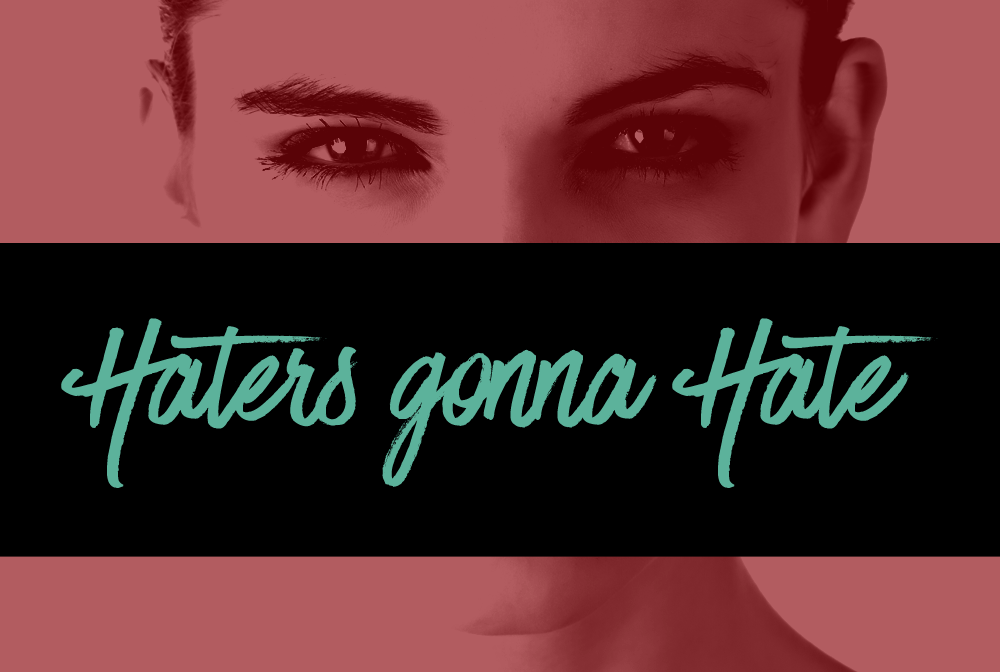 I often tell people that I serve at one of the greatest churches in the world. I can’t tell you how many times I have sat among my peers and listened to horror stories about critical members, dysfunctional leadership, and disunity within the staff. I always walk away from those conversations with mixed emotions, heartbroken for them and with a renewed gratitude for White Flag.

Over the last several years, I have had the incredible opportunity to spend significant time with some of the most influential pastors, who are leading the largest churches in America. They have warned me that no church is immune to criticism and attacks. In fact, they have cautioned that the larger your church grows, the more criticism you will receive. What may surprise you is how similar the criticism is across the board no matter the leader, the demographics of the church or the area of the country. I’ll let you in on a little secret… critics aren’t original. They resort to hot button topics that will evoke a response and potentially draw others into their critical world. This unhealthy criticism usually comes from two sources: insiders uncomfortable with change and outsiders comfortable with judging.

Before we get to the list, let me just say White Flag is far from perfect. Anything led by imperfect people will have areas that need improving. White Flag will only reach perfection when Jesus comes back! With this is in mind, I thought I would give our White Flag family a heads up on four criticisms coming our way. They’re all about as predictable as the sun rising in the east, so we might as well prepare for them.

Yes, we have lights and fog. Yes, our musicians and singers are incredibly talented. Yes, we spend time and resources on creating engaging environments. I pray that White Flag will always be a creative place that makes a big deal about Jesus. God is worth our very best effort every time. I’ve never heard anyone say this about White Flag, but trust me, it’s coming. Just remember, church is so much more than an hour service on the weekend.

#2 THEY PREACH A WATERED DOWN VERSION OF THE BIBLE!

This one actually has been said to me. Just recently I had an individual tell me that I never preach about sin and that my sermons were equivalent to something you could hear on Dr. Phil or Oprah. I responded to the individual by pulling up the sermon page on our church website and asking them which sermon series they were referring to. They quickly changed topics because every sermon is recorded and what they were saying was simply not true. Unfortunately, criticism is often based on opinion and shared as fact to people who will never investigate.

#3 THE CHURCH HAS BECOME TOO BIG!

Big is biblical. It’s important to remember that the first day they had “church” - on the day of Pentecost - there were over three thousand in attendance. The church has been given the mission to reach, teach, and disciple more people, not less. Big is also relative. Everyone gets to pick the size church they are comfortable attending. If you’re most comfortable at a church where everyone knows your name and potluck dinners are the norms, great, go for it. Other people love the programs and ministries that a larger church can offer their families and choose to invest in small groups to experience relationships, accountability, and support.

#4 THEY’RE JUST AFTER YOUR MONEY!

People growing in the Lord are growing in generosity. In general, people who get all worked up when churches talk about money are really fighting trust and obedience issues in their own heart. I don’t know too many people who visit as many churches as I do. However, I have never experienced a church that was just after my money. Do these types of churches even exist? I’m sure they do, but they’re not as common as the tight-fisted critic would suggest. I’m thankful that White Flag is growing and requires money. I never want to be a part of a church that’s not asking me to make a sacrifice for the sake of others.

It is impossible to please everyone and any church that tries will never fulfill its mission and purpose. At White Flag, our mission is clear: Transforming lives by connecting people with Jesus, His word, and community. Satan doesn’t want this mission to take place and at this very moment is looking for people he can use to attack White Flag. When someone does criticize White Flag, don’t overreact, don’t be defensive… just smile and say, “I really hope you can find the perfect church you are looking for.” Unhappy people aren’t happy being unhappy alone. They will do their best to suck you into their critical world. Don’t let it happen!

Thanks for being so forthright, I respect that. FYI I totally agree. Amen

We've attended WF for about 3 years. The 'show' is BIG but so is my God & I want to worship Him in a BIG way! The preaching challenges me to step out of my comfort zone (and I believe that's where God wants me!). Size is not a factor for me, it's really about are we preaching & reaching & growing - as the Bible calls us. We love our new small group where we can connect & support each other! The way our Leadership team presents 'giving' is a way that has encouraged & challenged us. I believe that God is blessing WF because of our obedience. We support you, the leadership & are looking forward to see how God will move in 2017.

I also am honored to be a part of the White Flag family. I am so thankful for the countless times I have been challenged in my walk with Jesus. I am blessed with 2 children one which is autistic and was Baptized on Easter. It is a great home and the worship is awesome. I also want to thank all the pastors and staff for letting God do the work through you.

I had the privilege of calling White Flag my home church for 7 years. I don't recall ever hearing a watered down sermon, quite the opposite. We love and miss Pastor Paul and our church family there in Missouri. Our move to Michigan has been good for us and we have been lucky enough to find a new church home. We will always support Pastor Paul and his efforts to bring people to Christ in any way we can.
Always in our hearts

Great church, great people with a heart for God! Keep on keeping on! <3
Christine

I'm Honored to call White Flag home.
Thanks Paul and everyone on the staff.
God bless
John