JOIN US ONLINE THIS WEEKEND!
Due to COVID-19 and the recommendation of healthcare and government officials, we will only be meeting online this weekend. Join us on Saturday at 5:00pm or Sunday at 9:00am & 11:00am. WATCH LIVE
You can also join us on Facebook, Roku or AppleTV 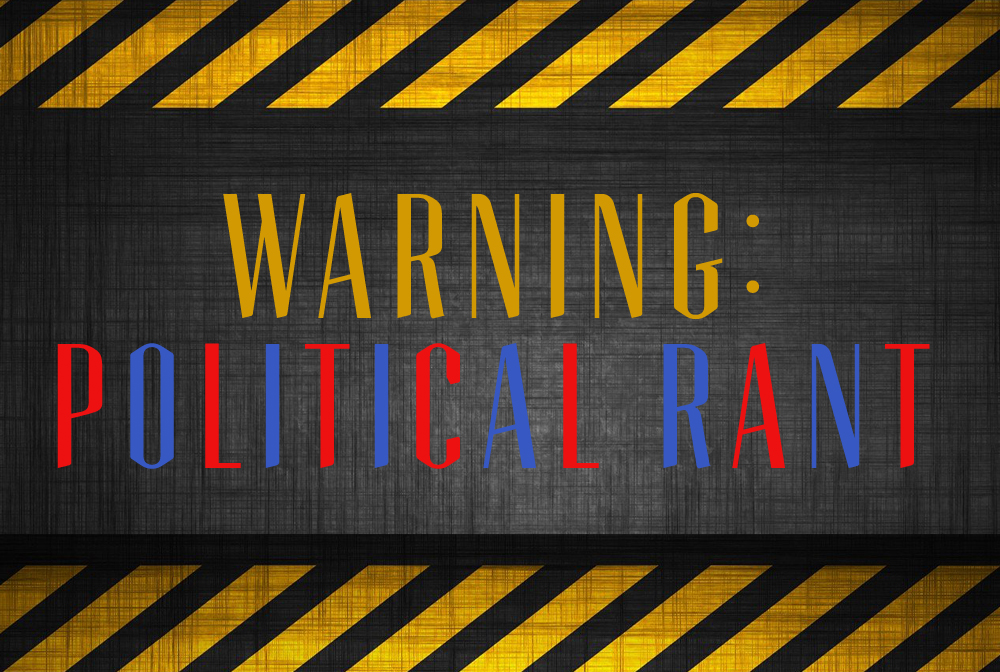 There are two approaches pastors typically take when it comes to how they address politics in the church.  #1 Use the pulpit as a platform to influence members to vote for a specific party, candidate or  issue.  #2 Use the pulpit only for the purpose of presenting the Gospel and never share their political opinions.

I certainly don’t agree with the first approach. In the last eight years of ministry at White Flag, I have never shared from the stage who I vote for, nor have I ever encouraged people to vote for a particular candidate. It’s a choice I have made for two reasons: First, I believe you run the risk of alienating the very people you are trying to reach if you start the conversation with politics. If they get hit with a political issue they disagree with on their first Sunday, they may never come back and hear the Gospel. Second, I can’t find anything in scripture that lists politics as a responsibility of the pastor. For those two simple reasons, I just stick to preaching Jesus.

But… One thing I do find interesting. As a pastor, members regularly seek out my input and insight on some of the most important and impactful decisions they will ever make. Not to mention thousands of people call White Flag Church their home and sit under my teaching of the Bible, which again covers the most important issues in life. So here’s an interesting question:

Why are people so open to their pastor’s input on just about everything except politics?

So that brings us to approach #2 and you might be thinking, “Great! This must be where Pastor Paul lands.” Not so fast! Here’s what I have discovered…

We often call issues “political” – when really they are spiritual.

Think about these hotly debated “political” issues; abortion, marriage or illegal immigration. What’s political about these issues? Sure, Republicans have one lens in which they approach these issues and Democrats have another, but that doesn’t make it political. God’s Word weighed in on these subjects long before our political parties were even a thought. It would take you less than 5 minutes to crack open your Bible and discover the following: Abortion is murder and murder is sin. Marriage was created and defined by God as a union between a man and a woman. Christians are to follow the law of the land and currently we have lawful and legal ways for a person to enter our country. Now, how are any of these issues political? They’re not; they’re spiritual!

So here’s the deal: you may hear me address spiritual issues that political parties have adopted as platform positions (for or against), but that doesn’t mean I am straying from the Gospel and getting “political.” The bottom line is I guess I don’t really fit into either approach. Here’s the approach I take as a leader of White Flag:

So, I’m not sure if this really constitutes as a “political rant,” but considering our state’s primary takes place tomorrow and everyone’s talking politics, I thought I should weigh in. I have so much more to share, but the nightly news is coming on and I don’t want to miss all the important “political coverage.”

You know, the highlight reel of Trump cussing and struggling to complete one coherent sentence. What new free stuff will I get if I vote for Bernie? Has Hillary been indicted yet or is she still trying to convince African Americans that she’s down with the struggle? What other insights does Rubio have about Trump’s anatomy? How is Kasich still in the race when he almost always comes in last? Has Cruz told any more lies about other Republicans dropping out of the race? How many poor, innocent protestors will be attacked while sneaking into rallies to start screaming and picking fights?

While the unbiased media is better educating me, check out a few more insights into how I view politics.

Oh yeah, one more thing… Voting matters! People have died for you to have the right, so get out there and pick the lesser of six evils!

Well stated! It certainly is a political mess this go-round. Thankfully we have Jesus to keep our focus on because He is our ONLY hope!

You couldn't have said it any better! I'm very Thankful for you and Doug and the whole gang ; ) God is Good!

Agree! And God help our country! If it weren't for me trusting in the sovereignty of God, I would be in a panic! I pray that Jesus will forgive this nation for how far we have strayed from Him; and I pray we, the people, will turn our hearts toward Jesus so He can bring the necessary changes we need to be a country that follows His ways, His Word, and His will. Amen.

Great post! I'm sure I'm going to enjoy your new blog, Pastor Paul. And I agree – no matter who is president, Jesus is our King! And voting is a privilege that no one should pass up.

I just love you.  You write so well and teach so well.  I am so thankful for you as our leader at White Flag. You are always so logical and your "Gods way or the highway" approach is refreshing and the only way things will every work out in this life.  There are no words to describe how blessed I am to know you and Julia.  I just wish every single person I know could hear God's Word from you. Thank you!  Maybe you should run for president.  I may get my citizenship then JUST to vote FOR YOU. Thank you for being you. #PWforpresident #blessedbythewingfields❤️

Yes! Exactly my views! And although I don't care for any of the candidates either, I will go out and cast my vote tomorrow!

I miss White Flag church so much. I miss you and your wise and sometimes very funny humor. I think your comments were perfect.